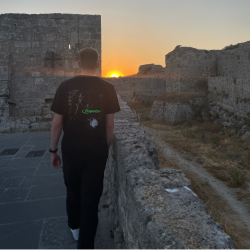 Throughout FPL history, Manchester United have always had FPL legends who every manager could rely on to consistently perform. Yet in recent times, assets from the Red Devils have slowly fell down the pecking order, with players from rivals Liverpool and Manchester City becoming essential.

However Erik ten Hag and his team are beginning to show signs of progression following back to back defeats at the start of the season, and I believe they have some valuable players in regard to FPL.

We are currently 11 games Into the Premier League season and United sit in 6th place with a goal difference of 0. Which at first glance, is rather average for a side who should be challenging for a Champions League spot come the end of the season. So far, the Red Devils have faced all of the top 6 sides and only faced 2 teams outside of the top half of the table. Therefore, to be only 3 points off 3rd place Spurs with a game in hand is quite impressive. During this run United have accumulated 6 wins, 2 draws and 1 defeat, excluding the first 2 games of the season where they were humbled by Brighton and Brentford. The only defeat in this current run was served by Manchester City or to be more precise, Haaland and Foden in a 6-3 outing at the Etihad.

Having briefly looked at the previous United games, it is time to divert our attention to the main reason why Manchester United assets are more desirable at this current moment.

For the next 12 game weeks, United have an incredible run of fixtures which has caught the attention of many FPL managers. They face all three promoted sides alongside struggling Wolves and Leeds. This is the best time to bring in United players. Therefore, in this article I will look at the top 3 Manchester United assets and why you should consider them for your team.

Since joining from Ajax, Antony has already solidified his RW spot in the starting XI. The Brazilian with an abundance of flair has started every game he has been available for, averaging 82 minutes. He is quickly becoming a fan favourite and a player that Erik ten Hag can trust. Lack of Game time will not be in question for Antony and you can pretty much say he is 100% nailed.

The 22 year old has certainly hit the ground running at Manchester United and his career could not have started any better, scoring 3 goals in his first three games (a club record). One of the biggest traits that Antony has, is his ability to cut inside onto his left foot where his first thought is often to shoot, leading to Arjen Robben comparisons by fans.

He is currently averaging 3.61 shots per 90 minutes in the Premier League with a shot on target average of 1.5, clearly indicating that his shots are accurate and not just hopeful attempts from range. Furthermore, Antony has an average of 1.55 big chances per 90 which is higher than other players in a similar price range such as, Bukayo Saka (8.0M), James Maddison (8.2M) and Jarod Bowen (8.2M). This is particularly interesting from an FPL perspective, as it obviously indicates he has a high chance of scoring which is clearly evident when you watch him play.

The only apparent downside to Antony’s game is how one footed he is. He rarely uses his right foot which means he will often beat his man, but then cut back onto his left foot instead of running to the by-line where he can perform a cut back pass/ curl an effort at goal (similar to the Almiron goal vs Spurs this weekend). His current XG/XA of 0.33 per 90 minutes could definitely be improved if he increased the usage of his weaker foot.

Overall, I believe that Antony could be a brilliant differential if you are looking for an alternative to the popular 7-8M midfielders. His numbers are encouraging but the confidence and perseverance of the young winger stands out to me the most. This will mean that he will continue to get himself in goal scoring positions even if he is playing poorly, which is a trait that I personally like to consider when transferring in a player.

During preseason, Anthony Martial was in fine form playing as the main focal point for United. Since then, the Frenchman has been unavailable for the majority of the season through injury. Cristiano Ronaldo has also been producing below par performances when given the chance and after his actions against Spurs, he has a rather fragile relationship with the United boss. Therefore, the role of leading the line for the Red Devils has fell on the shoulders of Marcus Rashford.

In FPL, Rashford is in the midfielder category which makes him extremely valuable especially as he will most likely play as a striker for the upcoming fixtures. Versatility is a key attribute that Rashford possesses as he could also potentially play as a left winger in the unlikely case that the United boss opts for a true number 9 in Ronaldo …

The United side that Erik ten Hag assembled has created plenty of chances in recent weeks with their 2-0 victory over Spurs highlighting that. This game in particular shows that Rashford will get himself into goalscoring positions and if it wasn’t for an unbelievable Hugo Lloris performance, he could have scored a hattrick. The United forward is ranked 2nd in regard to big chances per 90 minutes across the Premier League (1.79), only behind Heung Min Son. Rashford has only accumulated 3G and 2A in 10 starts this season, with an XG/XA of 0.64 per 90. Although the dynamic attacker has respectable numbers, he is actually underperforming his potential output. He has missed 5 big chances this season yet if he had converted them, his ownership would be higher and managers would feel a lot more confident when putting him in their team.

Rashford is on the relatively cheap side when it comes to midfielders and before the first game of the season many FPL managers had him on their Wishlist. I think that the potential of the Englishman registering plenty of G/A over the next few game weeks is high and he is definitely worth a punt on, with Martinelli (6.8M) and Trossard (6.8M) being his only competitors in that particular price range.

Diogo Dalot has played almost every minute, of every game possible this season for United. He is without doubt the most nailed outfield player in his side, due to how well he has performed and also the lack of competition from other squad members. At only 4.6M you will not be able to find a better defender who can provide G/A, Clean sheets, and the potential of bonus points. Manchester United have registered 2 clean sheets in their last 3 matches, with low XG conceded in each game.

This season, the Portuguese international has been involved in a lot of attacking actions but he only has 1 assist to his name, which came in an 11 point haul against Southampton. Kieran Trippier (5.8M) and Trent Alexander-Arnold (7.2M) are the only defenders in the premier League to have created more chances than the United RB, although they are 1.2M and 3.6M more expensive retrospectively, indicating that Dalot is a great differential. He has also shown an eye for goal when representing his country in their recent matches. Scoring a brilliant brace against the Czech Republic, both with his weaker foot!

If you are contemplating bringing Dalot in, then it is important to note that he is only one booking away from a suspension. Therefore, there is the possibility that he may miss out on one of these matches. I don’t think this should deter any decisions about bringing him in however, simply due to his price and the recent form of enablers such as Andreas Pereira and Neco Williams. Make the move and bring him in!

To summarise, Manchester United have a brilliant fixture swing which us FPL managers should be looking to take advantage of. The Red devils are on a great run of form and I expect their momentum to continue. When selecting my top 3 assets, I analysed their price, position, underlying numbers, gametime and alternatives within a similar price range etc.