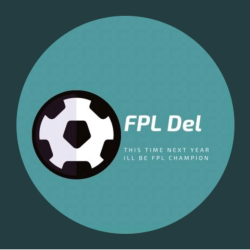 Hello everyone and welcome to the second of my weekly articles ahead of the next Gameweek, this week we focus on upcoming Gameweek 22.

Firstly, apologies that there has been such a big gap between my first article and this one. The gaps between Gameweek 19 and 20 and Gameweek 20 and 21 were so small it was impossible to pull good content together in time for the deadlines and with Gameweek 21 feeling like the Never Ending Story it seems like forever since I collected my FPL thoughts together.

But, we made it through Gameweek 21. Jarrod Bowen ensured it was a strong end for the many of us that captained and if like me, you added a West Ham defender to your ranks for Gameweek 21 it proved especially sweet.

And so we look ahead to another FPL Gameweek and, at time of writing, like many others, one where I am expecting to utilise one of my 2 Free Hit chips. I have 4 flagged players at the moment and only 2 expecting to play twice in Gameweek 22 so whilst I know there will be others in a much worse position, I want to use my Free Hit as an attacking option rather than in a defensive, needs must situation, especially given I have another one left.

Whilst I appreciate that only 8 teams play twice, big hitters like Liverpool and Man City only play once and Chelsea face Man City as one of their 2 games, I still think this provides sufficient opportunity to get a good return from my Free Hit. It also has an element of certainty over it. There may be more opportunities for Free Hits later, but there is no guarantee over the quality and quantity of the games within them.

I will caveat this though by stipulating that I will be waiting until Friday Lunchtime before activating the Free Hit, just in case there appears to be any further postponements or impact to players I’m considering.

So, enough of my self justification, lets get into who will make my Free Hit squad.

My Criteria for Goalkeepers (and Defenders for that matter) is as follows:

I want a playing backup Goalkeeper just in case of injury or COVID issues with De Gea and I also want them to be playing twice. Of the remaining Double Gameweek teams Watford have the most favourable fixtures playing Newcastle (16th for goals score, 17th for expected goals and 18th for big chances created) and Burnley (19th for goals scored and 20th for expected goals and big chances created).

Looking at those stats Watford have better fixtures than United but I trust United’s defence much more than Watford given they have conceded 5 in their last 6 games vs Watford’s 12 in their last 5 games so Bachmann will be my backup keeper.

Using similar criteria to Goalkeeper selection, aside from the two teams mentioned above, choosing the rest of the defence becomes tricky.

On paper, Leicester have a really strong fixture versus Burnley and then a second fixture versus Spurs as a bonus. However, when looking at the current list of flags on Leicester defenders, it is impossible to work out who is likely to play and even less likely to guarantee which of those players may get 2 outings in the Gameweek.

Spurs face Arsenal and Leicester in the Gameweek. Arsenal are 2nd for goals scored, 5th for expected goals and 5th for big chances created in the last 8 gameweeks. Leicester are 8th, 11th and 8th for the same stats so neither scream guaranteed clean sheet. Spurs have kept 4 clean sheets in their last 6 though.

Chelsea face Manchester City who are, by most measures, the best attacking team in the league and Brighton who are very definitely mid-table in terms of threat. It’s not a great combination of fixtures but Chelsea defenders do tend to register attacking returns fairly regularly so I think this gives them a slight edge over single fixture defenders.

Beyond these double Gameweek teams, Liverpool defenders are the only ones I am considering. They have a relatively attractive fixture vs Brentford who are ranked 15th for goals scored, 13th for expected goals and 15th for big chances created. In Trent Alexander-Arnold and Andrew Robertson they posses two of the most attacking defenders in the League. If Alexander-Arnold is not fit, Robertson will definitely make my team.

That brings me nicely to my last factor when considering defenders, as always, we must look for defenders with attacking threat. Whether playing once or twice, if we can select a defender registering attacking returns it is likely more valuable than a clean sheet.

So, my choices will be:

Here’s where the fun starts! Released from worrying about who might keep a clean sheet, the attacking positions are really where we can make some exciting selections. We want attacking players, in good form, playing twice against weak defences ideally. Immediately, there are some names that jump out, so let’s start there:

Christiano Ronaldo: Slight fitness doubt over him but if confirmed fit he will 100% be in my team as United take on Villa and Brentford, neither of which have been defensively sound of late.

Josh King: Similarly, Watford take on Burnley and Newcastle who both look like good fixtures to attack and I’m opting for King with the flag over Emmanuel Dennis at the moment.

2 out of the 3 above severely impact our budget so I wanted to get them into the mix early early before looking at what other players we need to prioritise. As well as budgets, it’s also means we’ve used up our entitlement of Manchester United players, so we have another limitation there.

As a Spurs fan I can honestly say Lucas Moura has been our best player this season and seems to be thriving under Antonio Conte. He has 3 goals and 7 assists already this season and with Hueng-Min Son injured, he and Kane should provide the focal point of Spurs’ attacks in their 2 fixtures.

Despite not being particularly solid at the back Leicester have been pretty potent going forward recently and 3 players have caught my eye. James Maddison has 4 goals and 5 assists in his last 6 games, whilst Youri Tielemans picked up 2 goals against Newcastle and is on spot kick duty in Jamie Vardy’s absence. The third player under my spotlight is Ademola Lookman who has 3 goals in his last 7 games and could well be utilised up front with Vardy out injured, Iheanacho at the AFCoN and Patson Daka also yellow flagged.

Of the remaining double Gameweek teams, only Chelsea really attract my attention and mainly for their 2nd fixture vs Brighton. Mason Mount, Christian Pulisic and Hakim Ziyech look to be the possible options though none have been hot recently. Mount is the one with most returns this season but is relatively premium given we already have Kane and Ronaldo.

Alexis Mc Allister got a couple of goals in his last outing and is on spot kick duty for Brighton. Palace and Chelsea aren’t great fixtures but at £5.3m he’s a low budget squad enabler who can provide good bench cover.

Given Manchester City face Chelsea and Arsenal face Spurs, the only single Gameweek form attacker I want to consider is Diogo Jota. With Liverpool facing Brentford, I will be expecting a strong performance from them despite missing Sadio Mane and Mo Salah. I expect this to be extra motivation for Jota to stand up and be the main man in their absence.

My selections will likely be:

At present this leaves me with £0.6m in the bank to be able to look at possible upgrades once we get team news nearer the deadline. I will look to line up as follows, based on the above: