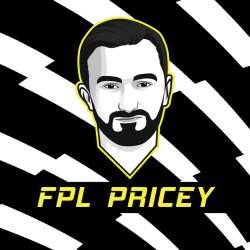 Welcome back another edition of the FPL Weekly Wildcard!

Each gameweek, the FPL Weekly Wildcard maps out an ideal team to wildcard into to help navigate the coming several weeks.

Obviously, we hope this series is of great benefit to those of you playing your wildcard during the week in question. However, the actual aim of this weekly article is to help readers build an ideal squad to tackle FPL in the long-term, in which you can choose some of these picks to help prepare your squad for the upcoming fixtures.

Therefore each week this series will create an optimised wildcard team with the medium-to-long term fixture schedule in mind, so you can be rest assured that bringing in one or two of these picks won’t damage your future FPL prospects, but rather help set you up for series of green arrows instead.

After a wildcard filled week in the FPL community, we return back to relative normality in GW32. However, with a double gameweek of Spurs & plenty of fixtures swings now in play – this week seems a great time to jump on some long-term picks who can help see you through to the end of the season.

This week’s wildcard draft costs 104.2m and is therefore on the more expensive side, however there are certainly alternative options in some positions for those on a more limited budget.

Following their first clean sheet since gameweek 21, bringing in Leno may seem a tad reactionary. However, if you are in the market for a keeper with the fixtures to see you through to the end of the season – you won’t find many better than him.

Arsenal’s favourable run in is now in the spotlight following their comfortable win over Sheffield United, and it’s clear to see why. Their most difficult remaining match on paper is against Chelsea, who until this week, hadn’t scored more than 2 goals in a Premier League match under Tuchel. In fact, even in that week, the following keeper should hopefully be able to stand in.

Despite Southampton’s calamitous performance against a resurgent West Brom last week, Forster still seems like the go-to pick for a cheap keeper right now. There is now the added risk of Fraser being replaced in goal by McCarthy after he shipped 3 in GW31, but with no other starting keepers priced at 4m, I still think he’s worth a spot as your back-up.

As mentioned above, Forster will play Fulham in GW36 whilst Arsenal go up against Chelsea, so he should be a decent option to rotate into your team that week too.

Alexander-Arnold is officially now a man in form, after back-to-back double digits hauls in gameweeks 30 and 31. With an assist, clean sheet and goal across these two weeks, he perfectly summarised why the FPL world fell saw him as an absolute lock in our teams last year. His xGI is top amongst defenders over the entire season, and Liverpool’s fixtures now also provide the opportunity for some added clean sheets over the coming weeks.

As the cheapest route into the Wolves defence, Conor Coady gets the nod for this week’s wildcard. The Wolves captain is just about as nailed as they get, and with a run of games where they go up against Sheffield United, Burnley, West Brom & Brighton it seems like a relatively simple pick considering his price. After keeping a clean sheet against Fulham last weekend, I am confident that Coady should be able to pick up at least a couple of clean sheets in the next few games.

I am still personally of the opinion that a good wildcard team at this point should incorporate at least one Chelsea defensive asset. Despite failing to keep a clean sheet in their last two Premier League games, their underlying defensive statistics are still strong – and there are enough promising fixtures on the horizon for them to return to form at the back.

Rudiger now looks to be the defender of choice for Chelsea, with Tuchel being quoted as stating he is a “mental leader” in the squad. Previously prone to some rotation, it now looks as if Tuchel has solidified his perceived strongest defensive line-up and luckily for us, Rudiger seems to be a part of it.

Back-to-back assists for Coufal has reminded FPL managers why he was a favoured budget choice in our squad earlier in the season. Until this point in the season, the most likely reason anybody picked Coufal would have been due to a lack of funds to get Cresswell with. However, with Cresswell now injured and Coufal upping his attacking output in recent weeks, the Czech right-back looks to be a great option. In fact, there’s only a handful of defenders who have achieved a higher xGI than him over the season.

Rob Holding has once again emerged as a brilliant budget option in defence. At just 4.2m, he should be relatively easy to squeeze into your squad as either a 4th/5th choice defender, with the significant upside of regular minutes. In fact, Holding has actually played the most minutes out of any Arsenal defender this season, and is only 2nd in their back-line for total BPS.

Considering Arsenal’s aforementioned fixture list until the end of the season, having a back up option like Rob Holding in your side could provide you with fantastic cover on weeks where rotation strikes or the fixtures are less favourable for the rest of your squad.

Back-to-back goals in the Premier League has reignite our interest in Mo Salah once more, with the winger now the joint top-scorer in the league alongside Kane. He is second only to Bruno Fernandes in terms of xGI for the season for midfielders, and leads the way by a significant margin for xG alone.

With Liverpool’s remaining fixtures looking appealing as they aim to seal a top 4 spot, not many would back against Salah playing a pivotal role from now until the end of the season.

With just 1 goal and 1 assist in his previous 6 matches, it now appears to be Bruno’s turn to have his spot as a template pick questioned. However, as mentioned previously he leads the league for xGI amongst midfielders across the season, and purely in terms of eye-test it doesn’t look like further attacking returns are far off either.

With the added bonus of a very ‘captainable’ fixture against Leeds in GW33 whilst Man City & Spurs both blank, I wouldn’t recommend going without Bruno unless you had a pretty large sofa to hide behind.

Last week, I made the marginal call to leave Son out of the Weekly Wildcard team in favour of James Maddison. However, with Maddison missing the match against West Ham due to a disciplinary issue, this admittedly seems like a mistake.

Heung-Min Son, now fully-fit, faces an extremely appealing double gameweek against Everton & a leaky Southampton side – who he managed to score 4 against earlier this season. Whilst lightning rarely strikes twice in such a way, Son & Kane specifically combined to reveal a specific shortcoming in Southampton’s defensive set-up (namely their high-line), and I wouldn’t bank against them having more joy this time around.

Many FPL managers would have scratched their heads as to how Jota didn’t manage to get any sort of attacking return against Aston Villa last weekend – especially after FPL confirmed he wouldn’t be getting the assist for Alexander-Arnold’s goal. However, not many will be put off of him just yet. Jota’s attacking threat has been clear whenever he has been on the pitch this season, and has had a hand in 44% of Liverpool’s goals whilst he has been playing.

Jesse Lingard is a player who is extremely difficult to ignore at the moment. Since joining West Ham he has notched 12 attacking returns (8 goals & 4 assists) in just 9 appearances, and has now returned 5 double-digit hauls in that time. In fact, he has now racked up 2 attacking returns in each of his last 3 matches – making him all the more impossible to ignore.

West Ham fans are now dreaming of Champions League football next season, and despite injuries it certainly seems achievable at this point. If they’re going to get there, Jesse Lingard will undoubtedly have a huge role to play!

Harry Kane seems like one of the most obvious picks you could possibly choose at this point. As mentioned with Son, Spurs’ double gameweek is far too appealing to ignore, and Kane is by far the most likely player to prosper in the week ahead. After he blanks in GW33, Kane will then go on to face an obliging run-in until the end of the season, including matches against Sheffield United, Leeds & Wolves.

Leicester’s mouth-watering next 4 fixtures make having at least one asset a wise choice right now, and few would argue who the current go-to man is: Kelechi Iheanacho. Despite a 3-2 loss to West Ham over the weekend, Kelechi came away with plenty of plaudits once again, having bagged another 2 goals to add to his impressive recent tally.

Since coming into the side in gameweek 26 he leads the way in terms of goals scored by forwards, and only 2 players have better xGI stats. With Leicester hanging onto a Champions League place, Iheanacho currently seems nailed into the side as the man in form, and I wouldn’t expect that to change any time soon.

If your budget allows it, I would recommend Matej Vydra as the best option for a 3rd striker at the moment. The Burnley forward now has 3 goals and an assist in his last 5 games, and it’s difficult to see him lose his place in the line-up despite Barnes seemingly approaching full fitness soon. In this scenario I would see him purely as an 8th attacker in this wildcard side and would therefore only need to lean on him when absolutely necessary – but for 4.8m it’s a luxury I’d invest in if your budget allows. If you budget doesn’t stretch this far, having a non-playing 8th attacker is by no means an issue considering there are 5 playing defenders in this line-up, so Keinan Davis at 4.2m might do the trick for you instead.

Credits: All tables are taken from the members section of Fantasy Football Scout.