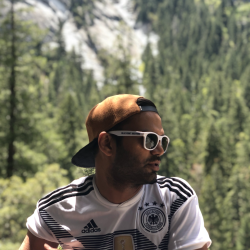 I sit here today as a lifelong Manchester United fan dreading waking up tomorrow to “Here we go – Cristiano Ronaldo to Man City is done” tweet from the don Fabrizio Romano. Never in my life did I think this would happen but here we are… This season’s Manchester Derbies should be quite something. Greenwood, Varane and Sancho against Cristiano – Bring it!

We can deal with the FPL implications of the Cristiano Ronaldo move if/when it happens but today let’s look at some differentials who could help us gain those elusive green arrows.

Wolves had arguably their worst season last season since being promoted from the Championship and acted to switch things up. Bruno Lage came in from Benfica and with him came possession centric attacking play. Wolves can count themselves a bit unlucky to have not scored yet having finished with a total of 42 goal attempts and 35 shots across 2 games. You can tell that the goals are coming. You saw a preview of that this week when Wolves played Nottingham Forest and absolutely destroyed them scoring 4 goals while keeping 74% possession and taking 28 shots. Additionally even though they lost both the games in the PL they were close games with Wolves narrowly losing out 1-0 on both occasions. This points to a defensive solidity at the back as well.

Nelson Semedo came to Wolves last season with high expectations as an attacking fullback having played at Barcelona. His first season in the Premier League was largely underwhelming 1G3A and 9 CSs.

After sitting out the first game recovering from an injury, Semedo started the second game against Spurs and despite Wolves losing looked very good and involved in a lot of the attacking plays. In a singular game against a tough Spurs side he accumulated 0.23 xA, 60 touches in the opposition half and created 2 chances. After a tough matchup against MUN (H) Wolves have a favorable fixture run coming up with games against WAT (A), BRE (H), SOU (A), NEW (H) and Raul Jimenez starting to get more games under his belt – One can see Semedo racking up attacking as well as CS points. With the potential number of big hitters increasing soon he could be a good alternative to someone like Trent Alexander Arnold | £7.5m to free up £2.6m to be used elsewhere.

West Ham were the surprise package last season finishing the season 6th and qualifying for the Europa League. Pre-season some folks were worried that West Ham would actually regress with the fans back due to the additional pressure added at home by the fans. Boy were they wrong!

West Ham have started the season on fire scoring 8 goals in 2 games racking up 37 shots and 28 chances created. Michail Antonio | £7.8m and Saïd Benrahma | £6.3m have taken the early season plaudits finishing with 29 and 24 points after 2 gameweeks! This hot start and a bit of unluck has caused Jarrod Bowen to fly under the radar. He can count himself unlucky to not have bagged any attacking returns across the first 2 games racking up a total xGI of 1.22 across the first 2 games. He has also looked lively and involved in a lot of the West Ham attacking play.

The returns feel imminent and West Ham dont look like slowing down. With games against CRY (H) and SOU (A) in the next 2 gameweeks he could be a nice differential to Antonio and Benrahma who are owned by a majority of the engaged fantasy managers.

Ancelotti came to Everton with a great track record and even greater expectations. The signings of stars such as Allan from Napoli and James Rodriguez from Real Madrid stole the headlines. However amongst the glamorous incomings was also the signing of Abdoulaye Doucoure from Watford. Ancelotti played Doucoure and Allan in the pivot of a defensive 4-2-3-1 formation.

This year though under Rafa Benitez, it looks like things seem to have changed. Doucoure has started the season with a bang with a goal and an assist in the first 2 games. This version of Doucoure looks less like a defensive midfielder instructed to stay back and protect the backline and more like a box to box 8 looking to get forward and support the team in attack. In both games this season I have seen him break forward to support Gray and DCL in attack. This is reminiscent of the Doucoure at Watford who finished with 11 and 12 attacking returns in the ‘17 and ‘18 Seasons.

One can easily argue that this Everton team is better than any Watford team he played at and Doucoure as a player has matured over the years. We could be in for the best season of Doucoure’s career yet this season. Everton also have a favorable run of fixtures with BHA (A), BUR (H), AVL (A) and NOR (H) over the next 4 weeks. Doucoure could be a great enabler to bring in big hitters and be a good shout to beat out some other competition in the £5.5m price bracket like Bryan Mbuemo (BRE) and Emile Smith Rowe (ARS).

So those are my three picks that have the fixtures over the next few weeks to hopefully bring in some returns for their owners.