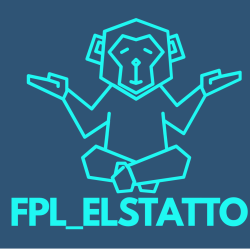 Follow Me
Latest posts by Jumpers for Goalposts (see all)
Reading Time: 6 minutes

It’s safe to say there was a little bit of controversy around the finish to FPL in 19/20, however, Joshua Ball was rightly crowned champion finishing on 2,557 points. I caught up with Ipswich fan Joshua to see how it felt to be champion and to get some insight into the winning season.

Firstly, how does it feel being the winner of FPL?

It’s great, but completely unexpected! I decided to take this season seriously from the start (in previous years I’ve basically just made a team and then forgotten about it), but my goal was to crack the top 100k. I thought if I was really lucky I might even manage the top 10k, so was just completely amazed by how the season turned out.

In 5 years of playing, previously your best rank was 1.3m, what changed in 19/20 to create such a turnaround in fortune?

I’ve had a set and forget team for a few years, mostly because my family has a mini league and I’d join that. During the 2018-19 season I was looking for a good way to procrastinate while finishing up my PhD, and a friend of mine who was in the same situation got me into FPL. I messed up the end of that season because I didn’t quite have the hang of the rules around wildcards and so on, so I decided that going in to the 2019 season I was going to start taking things seriously!

You broke into the top 10 just before the enforced break – was that the point you started to think you could win it? Did you spend the break planning your approach for the run in?

From an FPL point of view, I was actually a bit annoyed that the break came when it did. I’d planned my chip strategy carefully for the planned blank/double game weeks, and of course that all went out of the window. I still don’t think that I played my chips right in the end! Even at that point I didn’t seriously think that I was going to finish in the top 10 though – one goal can lead to such a huge swing in overall rank that I was sure I’d just drop back down the table again.

Were you watching more and more games so you could see your players in action?

I have a guilty confession…I didn’t watch any games live until Christmas. Once I started actually doing well at FPL I started making more of an effort to catch games, and fortunately I could watch pretty much all of them after the lockdown. I don’t have a tv though, so it takes actual effort to go and find a pub to watch premier league matches, and normally I’d rather listen to the Ipswich match instead (someone has to).

You only left on average 4pts a week on your bench, does that mean you had a more settled starting 11 and you leave as little of your budget as possible on the bench?

I definitely started the season trying to have a bench full of cheap players, but was aiming to get ones who would get some minutes. The main reason I don’t like having rotation in my first 11 is because I hate it when my bench players do well! I’d rather have the money out on the field, and if a player has a tough fixture then I’ll just play them and hope they get something out of it rather than bench them for a weaker player.

You didn’t take a points hit all season, why was that?

At first it was because towards the end of 2018-19 I’d taken a few hits and it really trashed my rank, and I figured that it was a game mechanic that’s quite risky – particularly if you’re taking a hit to get rid of someone with the ability to score. As the season went on I really benefited from not taking hits, as the players who I’d been thinking of taking out for a hit ended up finding form (take a bow, Jamie Vardy and Danny Ings). I was seeing my rank improve so I thought, “why change a strategy that’s working for me”. I’m not anti-hits in principle though – they can definitely pay off – but I think it adds an extra element of risk that isn’t necessarily helpful.

With your team selection, did you target particular teams to try and maximise your returns from players playing against them?

Of course, I think as the season goes on it becomes clearer which teams are likely to leak goals. I think the skill in FPL is in looking at things like that, and then choosing a team that gives you a chance of maximising those points over the next few gameweeks.

What are your thoughts on this season, how do you plan to navigate the blank game week for example? Do you think Covid will impact your approach this season, with possible players missing games or matches being cancelled?

I think this is likely to be a really hard season. I’m definitely planning to save my wildcard for as long as possible: I’d rather use it to fix my team when I find out that half my players are in quarantine in a couple of months’ time then throw it away in GW2. Using it early could pay off, especially if there aren’t many cancelled games, but at the moment I know which teams will be playing in week 1 and which will be playing in week 2. While we’ve got the luxury of time before the game starts, I’d rather find a strategy which lets me navigate those games without having to use a get out of jail free card right out of the gate.

What was you tactic with the timing of your chips, and how successful were they?

The triple captain was the only chip I really planned from the start – it just seemed madness to have a Liverpool double gameweek and not make the most of that (played in GW24 on Salah). Mane captainers that week were incredibly unlucky. I mostly played the first wildcard because it was going to expire soon (played GW18), and there were a couple of changes I fancied, but I was pretty happy with my team beforehand and didn’t make a huge number of transfers on it.

After the break, I wanted to use the bench boost early (played GW30) so that I could maximise the returns from the “bonus” wildcard. I had a slightly different strategy to a lot of people though; rather than choose a team for one week before wildcarding, I made a few compromises to give me a stronger team for GW31 and 32 without needing to wildcard. I’m fairly happy with how that turned out, but as it happened there was never a week where I felt my team needed a huge number of changes. FH37 and WC38 was a conscious choice on the order: you get your team value back after a free hit, but not after a wildcard. So I basically had a big budget for both weeks, whereas I would have had less flexibility if I’d wildcarded first. It helped that I thought it’d be funny to play the wildcard in the last gameweek.

Do you use any tools or websites (or your own data) to assist you with your planning?

Not really, to be honest. I spend a lot of time getting a feel for what people on reddit’s r/fantasyPL (and as the season went on, FPL twitter) are saying, but I definitely don’t take it as gospel truth. I’m fully aware that my eye-test isn’t great – I wasn’t keen on football as a kid! – so it’s really useful to me to get a sense of how the community rates potential assets. Then I look at some basic stats to decide if someone’s a good pick, but the main decider is likely to be how they fit in my team in terms of fixtures over the next few weeks.

What lessons have you learned from last season that you’ll use again this year?

Not taking hits, and being patient with my premiums, really paid off for me. I’m not saying that that’s how everyone should play, because clearly you can take hits and do well, but I think I’ll be doing that again.

What’s one piece of advice you can give on how to be successful?

Don’t make kneejerk transfers! The only reason to make an early transfer is because you want to get ahead of the price change, but particularly as the season goes on that becomes less and less important. Take some time, think about how it’ll affect your team, and think about whether there’s anything else you can do that might may off more in the long run.

Thanks for your time Joshua and good luck with the defence of your title.